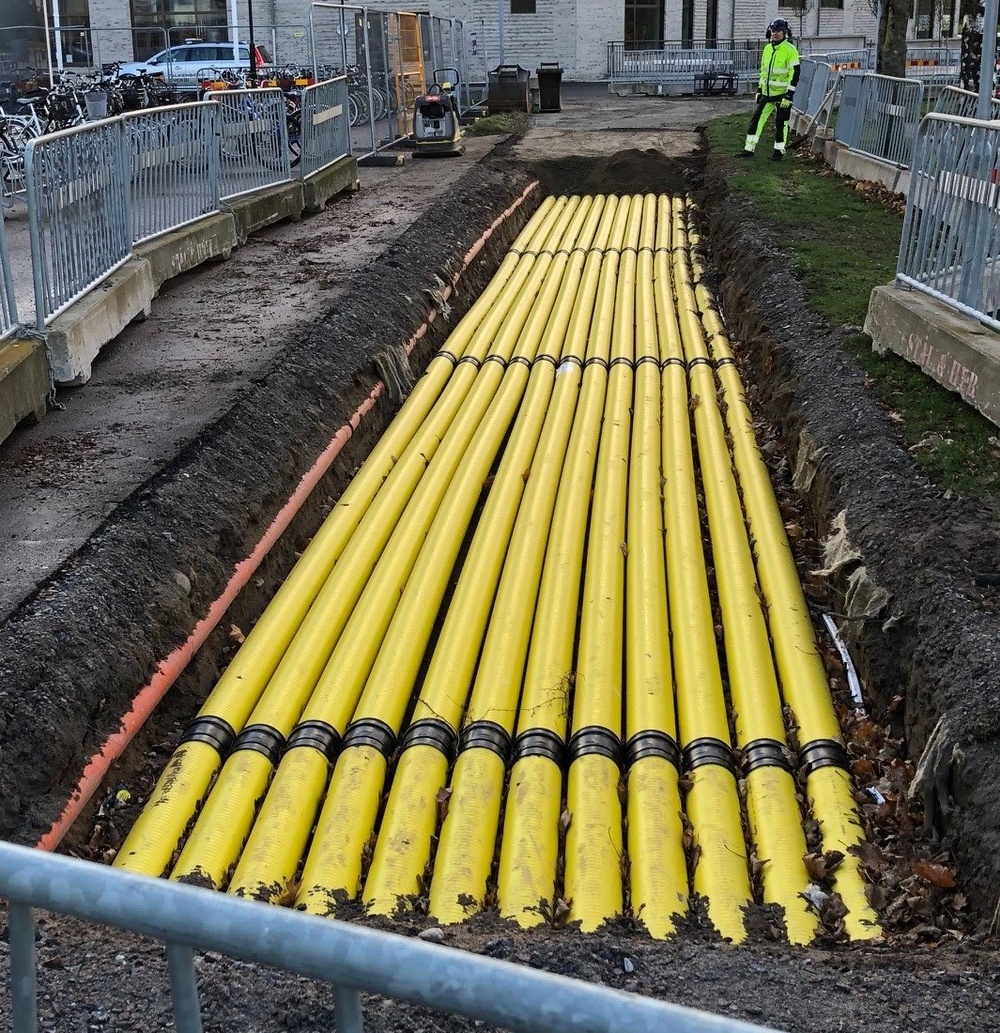 After repeated signals of imminent faults in one substation, Falkenberg Energi’s new way of working with grid reliability resulted in a SEK 3 Million investment to replace a central cable in southern Falkenberg. The signals came from an intelligent grid analytics platform delivered by energy tech company Dlaboratory Sweden AB (dLab).

End of October, in one of the substations in southern Falkenberg, the operations noted repeated signals of imminent faults on the out-going line. Leading to large-scale industries such as dairy products producer Arla Foods and agricultural cooperative Lantmännen, the line is a vital one in Falkenberg Energi’s grid. Indications showed a series of high ohmic earth faults, coming and going, which were first thought to be false alarms.

- If we had not had dLab’s system installed, we would probably not have had a clue that something was wrong. Now, we could see the signals, and after deciding that it could not be false alarms, we investigated further and found the faulty part, says Anders Sjökvist, Construction manager at Falkenberg Energi.

After investigations, the signals were localized to a section of older, poorly welded cable. The cable was immediately scheduled to be replaced. The work entails changing 12 cables of a total length of 6 000 m. A hefty investment, the replacement of the cable still means Falkenberg Energi has avoided additional costs.

- We strive to have a reliable distribution at all times, and in this instance we avoided a power failure, which would in all probability have meant a lot of extra work for us, and possibly also affected our industry customers’ production negatively, says Karin Tångring, Head of distribution at Falkenberg Energi. When we are able to plan our maintenance work, we can make it more efficient, and save time and money.

dLab’s analytics platform is based on dAnalyzer, a unique patented algorithm, automatically analyzing data in substations. Harnessing this data, operations can make faster fault detection, and – as in this case – get early warnings for imminent faults. This enables efficient operations and proactive maintenance.

- This is a clear-cut example of how our analytics platform delivers instant and useful value to our customers, says Henrik Winberg, COO at dLab. In this case, our system revealed small anomalies which attracted attention, leading to an investigation and further to fast and proactive actions. I am very happy our solution was able to help Falkenberg Energi efficiently in their continued important efforts to provide a seamless flow of energy to their customers.

We use cookies to ensure that we give you the best experience on our website. If you continue to use this site we will assume that you are happy with it.OkPrivacy policy