The rise of solar power – more than just a sunny story 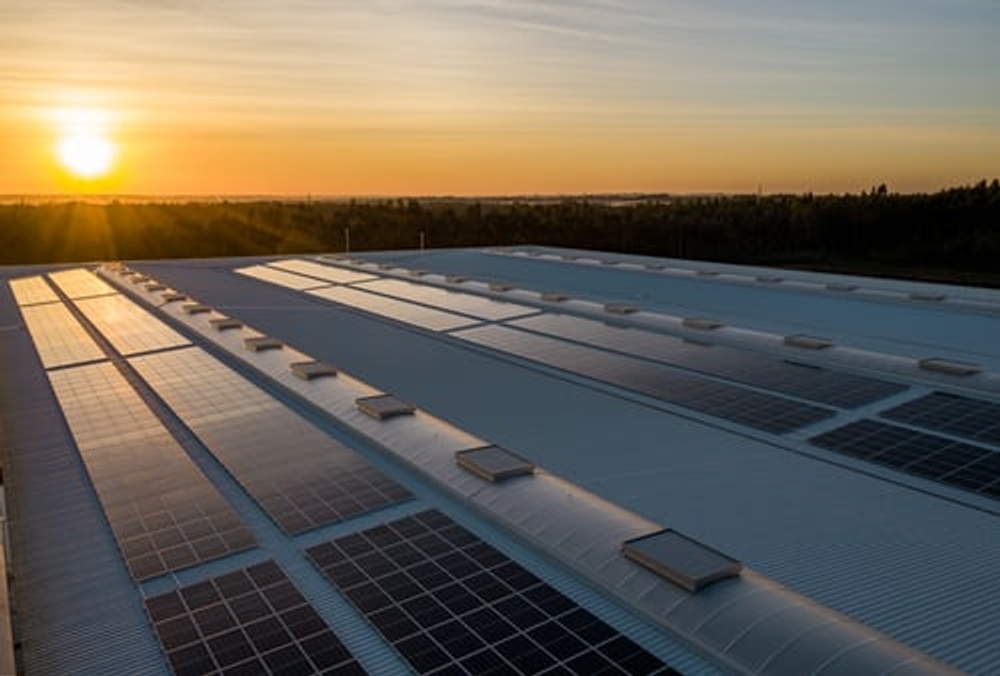 The growing number of solar power installations, while adding much needed renewable power to the system, also means increasing challenges for the grid operators. Harmonics and rising frequencies can cause unstable power distribution. The way forward is to use new smart technology to monitor the power flow and power quality, says Victor Bagge, senior engineer at dLab.

The escalation of renewable energy sources has for the last few years meant a rapid increase in photovoltaic (solar power) installations across the world. In Europe, Germany has showed the way forward with subsidiary driven investments, and now with the costs for PV panels steadily dropping, the number of PV systems connected to the grid is growing each day.

Both larger solar farms and single household systems are contributing to the growing level of installed PV power. In Sweden, during 2020, the total installed power from PV systems went from 698 MW to 1089 MW (+56%), according to Swedish Energy Agency (Energimyndigheten). As a comparison, the single largest nuclear power turbine in Sweden has a power output of 1450 MW.

86% of the installed PV systems are smaller than 20 kW. This means that the production is widely distributed – in a geographical and electrical sense – and the small production units are most often connected to the low voltage grid. Traditionally, only energy consumers have been connected to the low voltage grid (with a few exceptions). Now, this is rapidly changing. In some cases – when there is a low power demand (e.g. for heating) and high sun intensity – many low voltage grids will actually be exporting power to the distribution grid. This is a new situation with new opportunities but also with potential challenges to be aware of:

Growing number of inverters in the grid. Every PV system has one inverter to convert DC voltage from the solar panels to AC voltage into the power grid. As they keep growing in power capacity, so is the probability of harmonic content in the grid. Harmonics can cause numerous unwanted phenomena in the grid, such as overload of neutral wires, malfunction in electronics and shorter lifespan of sensitive components.

Locality of the PV systems. Installing a production source in a weaker part of the grid can lead to substantial impact on the local power quality. While the voltage might be more stable with a production source nearby, the amount of harmonic content may be higher. The fluctuating power delivery of a PV system (for example when occasional clouds are shadowing the panels on a sunny day) can also influence the power quality.

System stability. Having thousands of systems, that together have the capacity to produce as much power as a nuclear turbine, is a challenge for the system stability. For example, if a large load drops unexpectedly (such as a large distribution grid), the power balance (input vs output) is disturbed, and the frequency in the whole grid (nationwide or even larger) will rise. A PV system’s inverter must lower the power output in case of rising frequency in the grid, to help balancing the system. But this behavior must be consistent and foreseeable.

So, with these challenges arising from an increasing number of solar power installations, the need for monitoring the grids’ behavior is greater than ever for TSOs and DSOs. At distribution grid level, getting an overall picture by measurements in the primary substation, together with the information from each customer’s smart meter, helps to monitor the power flow and power quality. Operators can then be able to handle small scale production and the predicted rise of local energy storage solution, whether they are stationary batteries or smart EV chargers. dLab’s data analytics solutions deliver precise measurements and simplified monitoring of both upcoming and more severe incidents, keeping track of power quality status and load flow in the distribution network. With these data available, the operators can ensure a reliable and resilient distribution in the era of solar power installations.