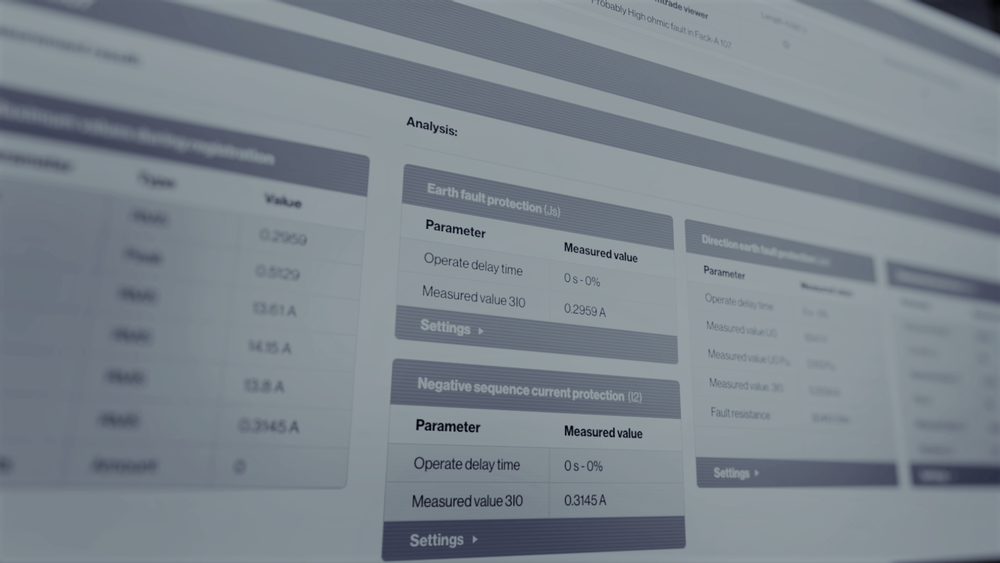 Harnessing new data values – or even integrating systems – as well as increasing the sensitivity of the monitoring system is the way forward to improve precision in grid fault localization. And by that, grid operations as well as proactive maintenance of the grid can become more efficient. Read Victor Bagge's blog on this below.

The majority, that is about 2 out of 3, of the incidents categorized by dAnalyzer for the last couple of years have been earth faults (an incident where one of the three phases of the wire connects with the ground) and then we have not included the high ohmic earth faults. Remaining incidents are short circuits where either two or all three phases of the wire have connected with each other and/or the ground simultaneously.

Earth faults often start out as minor incidents; short and recurring ones (called intermittent faults) or high resistance faults, which initially only have a slight impact on the grid. Both types usually develop into more serious faults, demanding disconnection of lines and even potential repairs. dLab’s dAnalyzer can detect even very short intermittent incidents as well as high ohmic earth faults up to about 20 000 ohms, and also which feeder is affected. Compared to the Swedish requirements for disconnection of earth faults of 5 000 ohms (cable or isolated line) or 3 000 ohms (bare wire or coated line), dAnalyzer is more sensitive – which makes it possible to discover earth faults long before they even turn into outages.

When short circuits occur, dAnalyzer automatically shows the value of the short circuit current in the correct format (RMS value) as well as if it is a two-phase or three-phase short circuit. This information can then be used to locate the faults in the grid model of the NIS. The precision of the grid model (including data on the length of cables and wires, and their impedance values, the short circuit power on the bus bar, what voltage the calculations were based on etc.) and how far out in the grid the fault is, are factors effecting the accuracy of the fault localization.

By using the impedance as well as the current values, it is also possible to improve fault localization; it becomes independent of the given short circuit power in the measuring point (this varies with the actual grid layout and can be difficult to check/qualify) and it increases the accuracy for faults further out in the grid. Also, the precision of fault detection for faults in cables lines with low impedance and relative high resistance compared to the reactance increases. In the coming updates of the algorithms in dLab’s solution, impedance calculation will be included.

Today, it is possible to export current values of a short circuit from dAnalyzer to the NIS by the Swedish provider Mirakelbolaget. That means that a short circuit can automatically be indicated in the outage indication map just a few minutes after the incident has occurred.

Increasing the sensitivity of the analysis, and using other data than current values, is the way to improve grid fault localization – something that may have significant effect on fault handling as well as proactive maintenance.